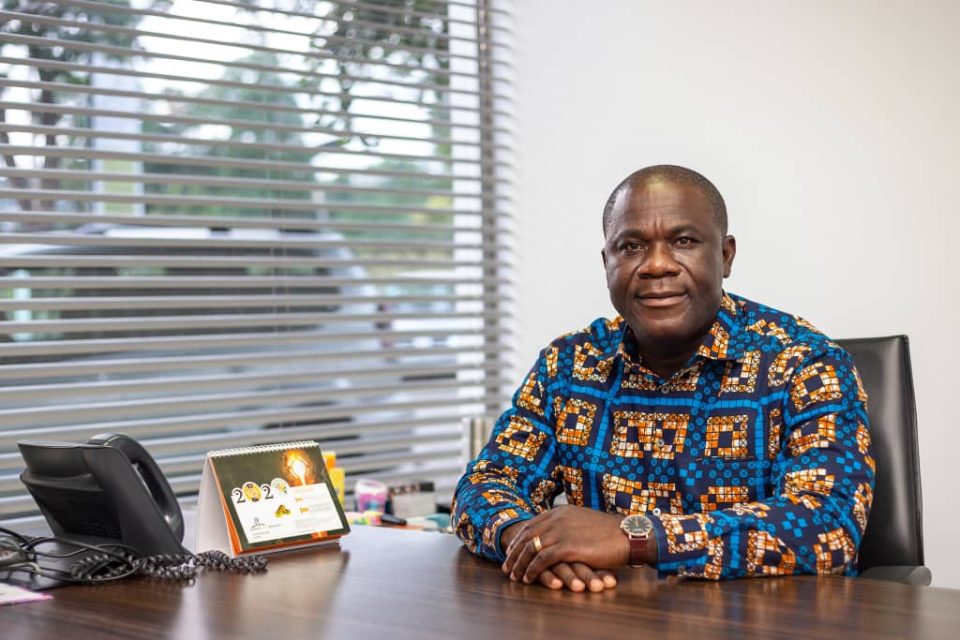 The Ghana Chamber of Mines has chalked many successes over the last four years, thanks to a collaborative effort with stakeholders and the decision to forge a strategic development partnership with the government.

Speaking in an interview with some media houses on his tenure, the immediate past President of the Chamber, Eric Asubonteng, said the deliberate association with government led to many achievements, especially the creation of a joint working group with the Ministry for Lands and Natural Resources.

This working group, on an ongoing basis, looks at all the changes and initiatives that the government wants to introduce and the Chamber also works with them behind the scenes to ensure that we are able to deliver on those initiatives without causing any unintended negative consequences, he said.

The move is to help the Chamber to develop, grow, and sustain the mining industry to benefit all stakeholders through a constructive and proactive dialogue on government initiatives and finding ways to resolve the challenges facing the industry.

“My approach right from the onset, together with my colleagues at the Chamber, has been one of positioning ourself as a development partner to the government, with the government being our number one stakeholder.

“We are fortunate to have on the government side, a minister who also views collaboration with stakeholders as key in supporting government’s vision of making mining sustainable and of benefit to the communities,” he said.

Mr. Asubonteng also said the Chamber’s effective collaboration with the government would make the vision of the country as a mining hub in West Africa a reality.

The Chamber had already taken the lead in ensuring that the vision was realized by working with various stakeholders to help position Ghana as a mining support services and inputs hub in West Africa.
“Very often, a comparison is made between South Africa and Ghana, considering that South Africa has benefited so much from mining and it’s visible, unlike Ghana.

“But this is partly because South Africa has positioned itself as the hub of mining in Africa so all the big mining companies, service providers, and suppliers, will always have their headquarters in South Africa and operate from there and by doing that, you draw far more value into that country beyond what is produced,” he explained.

He said the Chamber’s vision is to Ghana taking up the position as the West Africa sub region gets global prominence as an attractive mining destination.

“The West Africa sub region is increasing its prominence in terms of global mining and a lot of mines are now being set up. So, if Ghana can position itself properly, then we could accrue far more benefits into the country beyond what we are producing.

“We have the first mover advantage over here because we have a longer mining history, we have very strong mining institutions and a strong regulatory regime. Some of these mining jurisdictions in the sub region come to Ghana to learn from our regulatory and monitoring regimes,” he said.

Already, Mr. Asubonteng said, the Chamber had commissioned a study, which will be completed this year, into how the country could practically achieve the vision, bringing out the opportunities, the challenges and the practical interventions that would ensure the goal was attained.

“We have particularly tasked the team of consultants to be practical in their approach and recommendations. We don’t want this to end up being another study that is so “theoretical” in nature that it ends up gathering dust on the shelves, as we have seen in so many other instances.

A key result of the collaborative approach with government, Mr. Asubonteng said, was the Bank of Ghana’s (BoG) decision to buy gold from the mining companies to shore up its reserves.
“This is a government initiative and we supported it by working together with the Bank of Ghana to agree on the framework and modalities.

“As a result, Newmont has completed its discussions with the central bank and has started selling gold to them. Other mining companies are still having discussions and we expect this to be resoundingly successful” he said.

Commenting on local content, Mr. Asubonteng said the Chamber was of the view that the most sustainable way of contributing to the economy of Ghana was to increase the linkages between the mining industry and other sectors of the economy.

In this regard, the industry had demonstrated its commitment to local content, by helping to grow Ghanaian companies, including, in particular, Ghanaian owned contract mining companies, even ahead of the introduction of the new local content regulations.

“If we are to make good and lasting progress, however, it will require a well-coordinated inter-ministerial or multi-sectorial approach,” he stated.
He said the Chamber had also engaged the services of the University of Mines and Technology (UMaT) to undertake a study on the linkages between the minerals and non-mining sector.

Other areas of influence include the setting up of a Tertiary Education Fund for UMaT and transparency in our accounting for gold produced and export through the regular audits by the Precious Mineral Marketing Company (PMMC). .

“Overall, my time as President has been an instructive journey and has afforded me the opportunity to influence “big picture” initiatives in the industry.

The experience and lessons learned are ones that will serve me well, beyond my tenure as the President of the Chamber.”

Treat yourself to a seat with United Seats