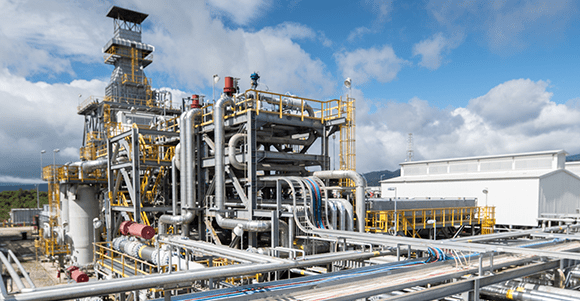 Papua New Guinea’s Prime Minister James Marape has confirmed draft changes to the country’s regulatory and fiscal regimes for PNG’s mining and petroleum sector will be circulated soon. But he has also reassured the sector that the changes, flagged for implementation in 2025, would be made ‘in consultation’.

Marape told an industry meeting last week that new draft laws would be circulated in ‘June or July’. Following recent disruptive moves to increase local participation in the Porgera gold mine and government-induced delays to gas projects, he also moved to reassure the industry that his government was still in favour of foreign investment in the sector.

‘My advocacy has sometimes been misconstrued. We’re not in the business of scaring our foreign investors. We’re in the business of working with them to maximise revenues for our country: from tax, rents, rates, or from the many businesses that stem from our projects,’ he said.

He also reassured miners that any current mining projects would be protected from future changes to the country’s mining laws.

‘If someone out there in the mining or petroleum space is interested in value-adding, you would have to greatest attention of government’

‘Any current mining development contract will run its full course because they were executed under the current [legislative] regime,’ he said.

‘We are a robust country, a democratic country and a country that respects the rule of law.

Marape also indicated he would like to see more investment in downstream processing from the sector.

‘If someone out there in the mining or petroleum space is interested in value-adding, you would have to greatest attention of government,’ he said.

The government has been examining the possibility of introducing production sharing agreements (PSAs) into its new resources laws, which the industry is generally opposed to.

Typically, under a PSA, the State maintains ownership of its mineral resources but engages a developer to run a resources project in return for a share of production. It would represent a major shift from PNG’s current regime, where a developer controls the resources in return for paying various taxes and rents and granting the State a mandatory minority share in any project.

Speaking on behalf of the PNG Chamber of Mines and Petroleum, Santos‘ General Manager in PNG, John Chambers, warned that PSA-style regimes had been detrimental to other countries such as Bangladesh, Indonesia and Brazil. He also warned that any changes to PNG’s current regimes for mining and petroleum would ‘impact near-term investment unless you can define how that new regime is going to be and articulate it properly.’

To support his argument, the meeting heard from two organisations on the downside of PSAs. Wood Mackenzie’s Vice-President – Energy Consulting, Asia Pacific, Chris Graham, said that successful PSAs placed a greater administrative burden on government, while Emma Beatty from MineHutte noted that ’99 per cent of countries with active mining industries’ had a royalty and tax-based system and that PSAs made projects harder to finance for miners, because lenders didn’t understand them. Due to their greater complexity, they also could exclude smaller junior mining companies.

In the face of the arguments, the Prime Minister did appear to soften his stance on PSAs during the meeting, without committing his government to adopt the Chamber’s recommendations.

He conceded that PSAs may ‘not be the way to go’ and suggested that perhaps a ‘hybrid’ system might work better. He reminded the meeting that there was no change to the regime as yet but that ‘the intention was there’ and he welcomed the ‘healthy debate and consultation’.

There is much at stake in making changes to PNG’s regulatory regimes for both mining and petroleum.

As provisional figures from PNG Extractive Industries Transparency Initiative’s 2019 report indicate, PNG is one of the most resources-dependent economies in the world, with mining and petroleum accounting for 88 per cent of its exports, and 28 per cent of its GDP.

At the same time, according to Wood Mackenzie’s Chris Graham, there is currently significant under-investment in the industry and it is far harder for projects to attract investment globally. The world has changed since the PNG LNG project was commissioned back in 2014, he observed. With high upfront project costs and long payback periods, resources developers were only going to pursue top tier opportunities.

This puts a lot of pressure on the Marape government to get any regulatory changes right.

Kagem to reopen operations at Lufwanyama