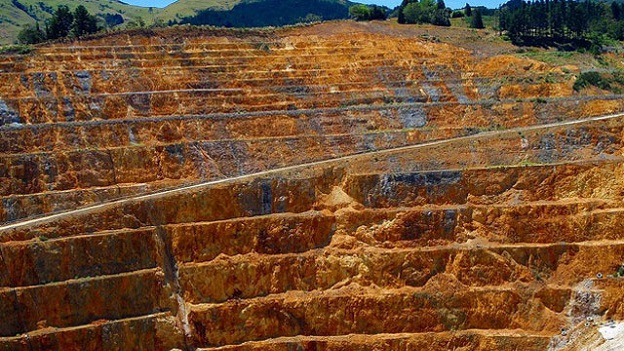 He said this was part of government’s strategy to help create sustainable jobs for the unemployed youth in the Region and the country at large.

The Regional Minister made the remark when he paid a day’s working visit to Chrisphil Goldfield Company Limited in the Aowin Municipality.

The visit, was to enable Mr Obeng have first-hand information about the proposed community mining site, and also access their operations.

Interacting with management of the firm, the Regional Minister who was accompanied by the Municipal Chief Executive (MCE) of Aowin, Mr Samuel Adu Gyamfi and other dignitaries, expressed satisfaction for the progress of work made so far at the site and commended them.

“The current assessment I have done at Chrisphil Goldfield Company Limited indicates your preparedness to be considered as a community mining. I am tasking you to maintain such high standards in order not to attract any sanction from the government,” he added.

Mr Henry Okum, Operation Manager of Chrisphil Goldfield Company Limited, informed the Minister that delays in the acquisition of mining licenses had been a major challenge in the operations of the company.

He said Chrisphil Goldfield Company Limited has initiated appropriate measures and would adhere strictly to the rules and regulations governing the mining industry.

Mr Okum noted that “my outfit has begun a reclamation programme. We have so far planted more than one thousand trees of coconut on a degraded land”.

The Operation Manager appealed to the authorities in charge of the acquisition of mining licenses, to speed up the process to enable them operate fully, and contribute their quota to the development of Western North Region and Ghana.