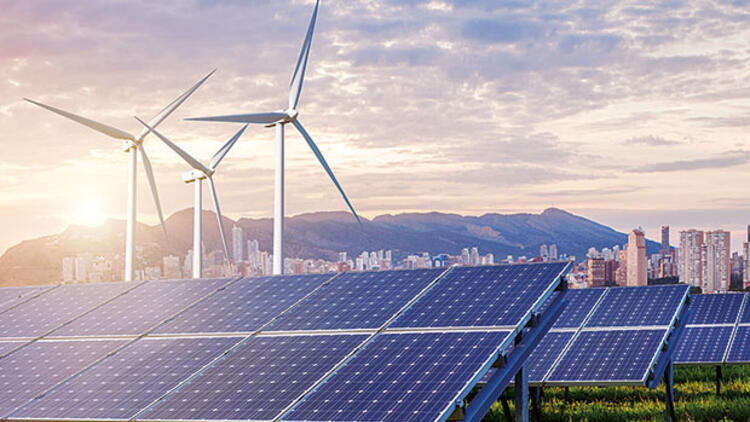 he demand for minerals needed for clean energy technology has increased, as countries worldwide shift towards low-carbon energy. Blessed with an abundance of raw materials that have been at the centre of global industrialisation, South African geologists will have to dust off their boots and find these minerals.

The country also needs to boost manufacturing to process the minerals used in clean technology.

The demand for minerals such as lithium, nickel, cobalt, manganese and graphite has increased as more countries look to renewable energy and electric vehicles, according to the International Energy Agency’s recent report, World Energy Outlook: The Role of Critical Minerals in Clean Energy Transitions.

The report states that building an energy system that requires clean technologies differs greatly from one underpinned by hydrocarbon resources, which have been the main source of electricity for the past century. But the report noted that “building solar photovoltaic plants, wind farms and electric vehicles generally requires more minerals than their fossil fuel-based counterparts”.

It forecast that in a scenario that meets the Paris Agreement goals, clean energy technologies’ share of total demand rises significantly over the next two decades to more than 40% for copper and rare earth elements, 60% to 70% for nickel and cobalt, and to almost 90% for lithium.

The 2015 agreement stipulates a framework that will guide international efforts to limit greenhouse gas emissions and to meet the associated problems caused by climate change.

So where does it leave South Africa, which has signed the Paris agreement?

There are moves to unbundle the nation’s power supplier, Eskom, and include more renewable power sources in the national grid, but the country does not have an abundance of cobalt, nickel and lithium, which are used in the battery technology.

In 2010, the country produced 840 tonnes of cobalt and by 2019 that had slightly increased to 1 027 tonnes, according to information from the department of mineral resources and energy.

Statista, a company specialising in market and consumer data, said 144 000 tonnes of cobalt were produced in 2019 globally.

Michael Cronwright, principal  battery metals consultant for CSA Global, an international mining consultancy, said that the country needs to think creatively about how to achieve the renewable goals with the minerals it doesn’t have and look at what is does have, for example platinum and vanadium which can be used in hydrogen fuel cells and vanadium redox flow batteries.

South Africa has very little lithium compared to that produced in countries such as Namibia, Mozambique and Zimbabwe — the latter is among the top producers globally of lithium.

He added that there are deposits in South Africa but the production system is largely underexplored.

Alan Fine, of the Mineral Council of South Africa, added that “the use and demand of the three metals [nickel, cobalt and lithium] in the mining industry is not significant”.

He said the country has a diverse set of battery technology minerals, which are not limited to cobalt, nickel and lithium. The use of fuel cell technology using platinum is already in place on some mines, he said.

The mineral resource and energy department’s Thandiwe Maimane said its preliminary geoscientific assessment indicates “prospects of both cobalt and lithium, which is an indication of huge prospects for future development and production of these minerals, which will place [South Africa] as one of the leading contributors of these minerals.

“It is not necessary for South Africa to consider importing nickel and cobalt yet,” she said. “We are confident that there are adequate reserves to meet the increasing future demand.”

But she added that “a detailed study on the cost of lithium will have to be done to determine the cost implication”.

Maimane said that in the long-term the country will have to “position itself” to satisfy its domestic demand when its own resources begin to run out.

Cronwright said mining and exploration needs to be promoted for South Africa to develop its manufacturing capabilities so that it can process these minerals.

“It’s a theme that most countries and industries need to consider and add value closer to the source.

“If you are not beneficiating your mineral close to your source your carbon footprint increases as does the geopolitical risk to the supply chain.”

He added that if countries do beneficiation, they not only reduce their carbon footprint but also develop a regional supply.