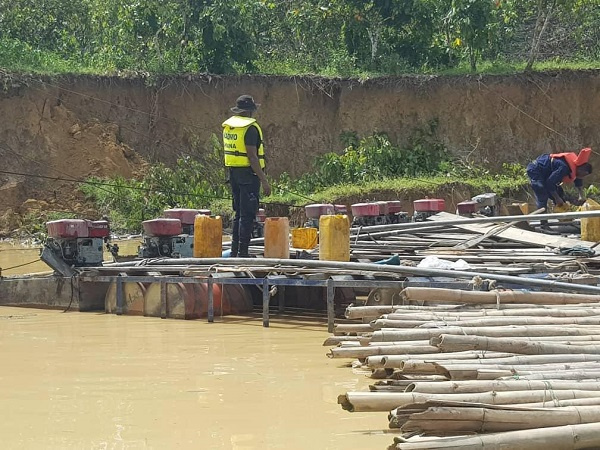 Led by the Municipal Chief Executive(MCE), Madam Dorcas Amoah and the Police Commander, ACP Francis Kwame Tsidi, the security task force destroyed the equipment retrieved to discourage the illegal miners from returning to the site.

Speaking to the media after the exercise, ACP Francis Kwame Tsidi said the team found a group of young men and women engaged in illegal mining activities on the Ankobra river but fled when they saw the task force.

At the site, fourteen changfans were destroyed and burnt to ensure that the illegal miners did not return to the river to operate.

He entreated the illegal miners to desist from mining in water bodies since the task force would continue to patrol and monitor the Ankobra river.

The Nzema-East Municipal Chief Executive, Madam Dorcas Amoah, also called on other Districts through which the Ankobra river passed to help fight the illegal activities.

To Reach Net-Zero, the Free World Needs to Ramp up Its Mining